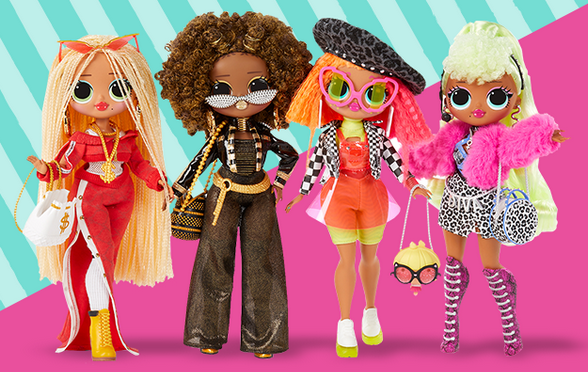 The L.O.L O.M.G (Outrageous Millennial Girls) are fashion dolls that are the bigger siblings to popular/fan favorite LOL Surprise tots and lil sisters. It is the third overall spinoff to the LOL Surprise line, succeeding the Pets and Lils.

Since then, many lines have been released and a total of 40+ characters have made their debut in the line including the first ever OMG boy, Rocker Boi, who was exclusive to a two-pack with Punk Grrrl in 2020.

These are lines that are rumored, suspected, or are confirmed to be released sometime in the future. Take this information with a grain of salt since things may end up being false of cancelled:

To be listed under here, the upcoming doll must have a known name or sibling.