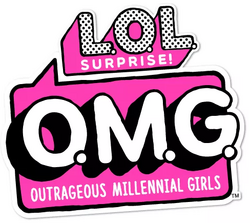 Since then, many lines have been released and a total of 70+ characters have made their debut in the line including the first ever OMG boy, Rocker Boi, who was exclusive to a two-pack with Punk Grrrl in 2020.

In Late August 2021, the first animated series entitled “L.O.L. Surprise House of Surprises” premiered on YouTube. The series revolved around Royal Bee, Neonlicious, Swag, and Lady Diva as they were discovering the life and times of the House of Surprises.